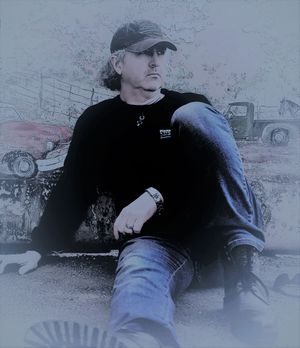 David Vaters passion as a singer/songwriter combined with years of honing and perfecting his songwriting skills, working with great players on two continents, David decided to release his trilogy of work as a solo artist. Volume 1 in 2017, Volume 2 in 2018 and soon Volume 3 of his most recent songwriting as a independent solo artist.

Volume Two was recorded with the guys stated above and also Scott Farris helped to co-produce 4 songs, Prepare, Resurrection Day, Service of the King and Prepare at Amusement Park Studio's in Lubbock, Texas. Tom Green on Bass and Sean Frankhouser on Bass & Stand up Bass, Phil and Scott Farris on Guitars, Jason Robinett on Drums and Background vocals. Tom Hemby produced and played on Godly Man of which proceeds to FCM and its Honor Your Father campaign.

A Voice in the Wilderness Volume 1 is a collection of compelling poems all with a raw sense of urgency and compassion that is a direct reflection of our God given humanity. Volume 1 album download is available NOW  here, iTunes, Amazon and all digital platforms worldwide and Volume 2 CD was released Oct 2, 2017 by the V Group Indie Music Label.

What people are saying about David Vaters and A Voice in the Wilderness Volume One ...

"What a total breath of fresh air!  This record is unique and original, and full of an element seemingly missing in music in general, it is the honest heart cry of a man birthed from the soul of David Vaters, this recording is full of songs about real life. our struggles and victories, and even the grief of saying goodbye."

"It is my pleasure to recommend this collection of songs from one of the most original artist I've ever produced."
David Vest - Producer and Musician

Check out a recent review of David Vaters
http://jamsphere.com/newreleases/david-vaters-voice-wilderness-volume-2-vivid-gift-joy-believing