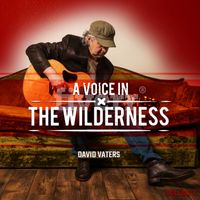 With “FREED FROM JAIL” Vaters said he wants to continue to give listeners a message of hope during these recent difficult times especially what we are all facing now all over the world.
Vaters continued, “Even though things look dim now, and we are all trying to figure out how to be safe yet still live our lives as we once did, there is light at the end of the tunnel. We will be freed from this virus!”

David Vaters releases an inspirational song that has a redeeming message for us all! But there is a true to life story that David writes about in this song that make this a very special song!
Vaters recalls that, “someone very close to me recently fought back and won over a period in his life where he lost literally everything. After years of drug and alcohol abuse and then going to jail he hit rock bottom.”

Vaters continued, “Most people would have given up after losing your wife, kids, home, car etc. In and out of jail it was really a hopeless situation. But when no halfway house would take him in the Salvation Army came to the rescue. He’s clean now, set free of his addictions, reunited with his kids, has a job and a new business on the side. I thought it was so inspiring I wrote this song about his life in the hope it may help others!

Vaters has paired his organic and transparent songwriting with a classic sound with his breathy, raspy voice pairs perfectly with a guitar style reminiscent of vintage Tom Petty ala Keith Urban like vocal & guitar riffs that include the chorus lyric “I’m just a stranger in a strange land/ The world as we know now ant no Disneyland” and “Now I’m Freed from this Jail/and I’m not about to fail.”

Vaters says, “Right now we all need hope with the difficulties we are facing now. These days are unprecedented but we can use this time to solidify and strengthen our faith and love in
God, country and our fellow man.

Vaters added, “I tend to write songs about life & getting through things; and with this song, I wanted to express hope that no matter who you are or where you come from, that even with the smallest seed of faith you can to get through any situation & come out even better than you were.”

After years of working with well-known musicians and producers on both sides of the Atlantic, Vaters album and single releases over the past few years have gained him notoriety with 30+ million streams and notable radio play in Europe, Australia and USA, and his timely, honest & sometimes raw lyrics are connecting with fans all over the world.